The United States of America is the State Republic. There are 50 states. Washington, DC is the capital of US. 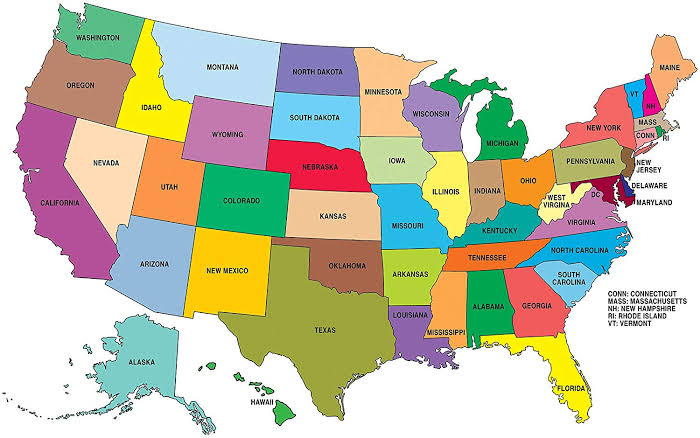 The United States is the third largest country in the world in terms of population and land area. The United States borders the North Atlantic and the North Pacific, and Canada and Mexico. The eastern part consists of hills and low mountains, while the middle part is a wide plain (the so-called Great Plains). In the west there are high mountain ranges (some of them are volcanoes in the Pacific Northwest). Alaska also has mountains and valleys of mountains. Hawaii's landscapes are very different but are dominated by volcanic terrain. 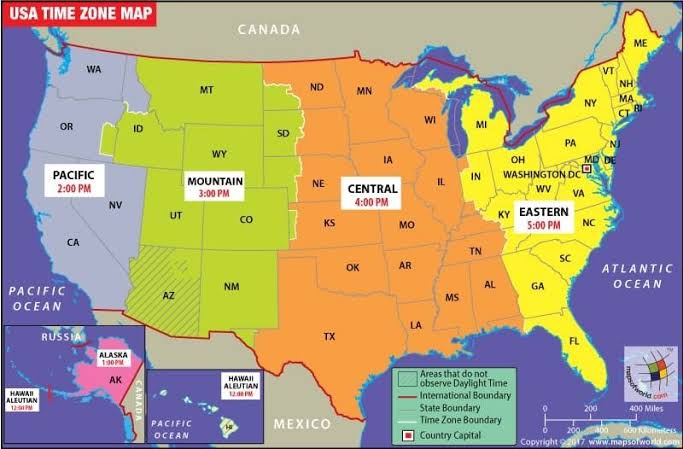 Ideally, the time zone is one of 24 spherical moons (north-north direction on Earth) of equal width, each assigned one of 24 hours (one day).Each section follows a standard time to track day and night cycles as well as legal, commercial and social purposes. This means that people in each geographic area of a time zone use the same time. The United States is distributed in six time zones. The time zones are from west to east, they are Alaska, Hawaii, Pacific, Mountain, Central and Eastern.

The political map shows the states of North America: Canada, the United States, and Mexico, with national borders, national capitals, and major cities, rivers and lakes.

Road map of the United States 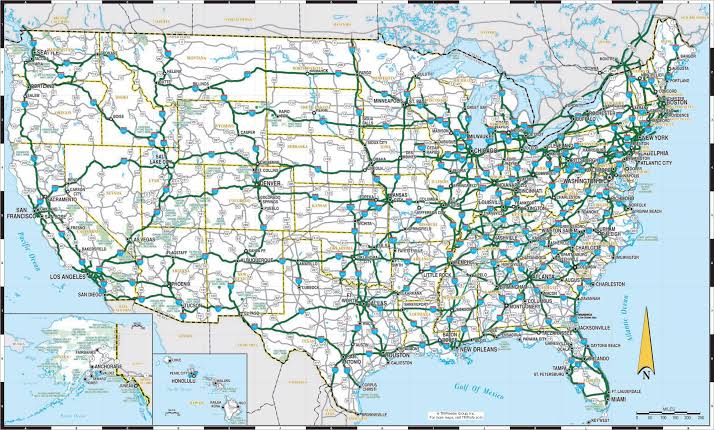 English is the native language, there is no official language in the United States. Other languages include a substantial number of Spanish-speaking sections and various other alternative languages.