Latvia, it is a country in Europe. The capital of Latvia is Riga.

Latvia is usually a flat country, located low and mostly covered by forests. There are some low-lying areas in the west and southeast. In East Riga, some high hills were found, with the highest point Gaizinkalns was with a height of 311.6 m. Small lakes and swamps are scattered in the countryside. Important rivers are the Daugava, Gauga, Liruppe, Venta and Saraka. 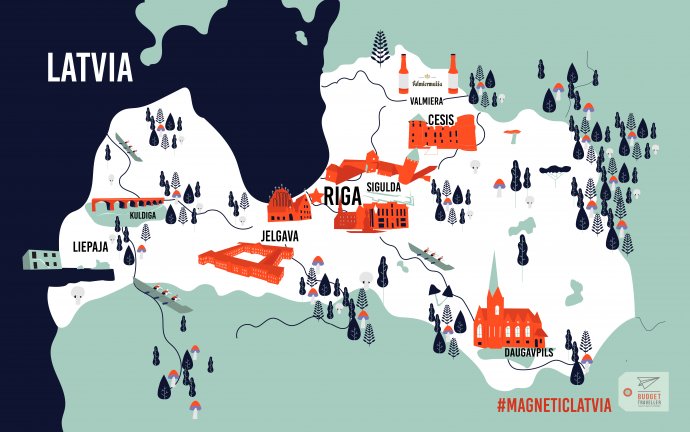 For all first-time travelers over the Baltic Sea, Riga is the most important menu and undoubtedly one of the largest urban treasures in the entire region. It stretches across the Daugava River on the northern edge of the country and has a labyrinthine old town that is considered one of the most beautiful regions in Europe. Much of Latvia is underdeveloped, and the Gauja National Park is an example of a pristine environment where you can return to nature. Caves, cliffs and other rock formations attract many tourists. If you are a shy person, you can visit huge caves like Gutmanala.

Culture and Traditions in Latvia

Latvian culture is deeply rooted in Latvian folklore, which describes Latvian love and attachment to their homeland. Latvia is known as the "singing country". Folk songs are considered national treasures and are expressed through events such as the world-famous choral tradition and Latvian singing and dancing festivals. The latter takes place every five years and brings together more than 40,000 artists nationwide.

Latvian is the national language. It belongs to the Indo-European language family, is in a sense also not Slavic and not German and has clear similarities with Lithuanian. Russian is the most widely spoken minority language due to its earlier association with the Soviet era.