Kenya is a country in East Africa. The capital of Kenya is Nairobi

Kenya's lowlands rise from the coast of the Indian Ocean into the central plateau. In this highland is the highest point of the country. Mount Kenya, 5,199 meters high. The Kenyan highlands are intersected by the Great Rift Valley in East Africa, a valley that divides Kenya into a whole country. It contains almost all uninhabitable deserts, flat, dry plains, steep cliffs and slopes, and in some areas fertile farmland. There are several active and semi-active volcanoes in the Rift Valley and numerous hot springs. The valley also has a number of alkaline lakes, including Lake Turkana (formerly Rudolph Lake), the largest permanent desert lake in the world and the largest alkaline lake in the world. Other lakes in the whole valley include Baringo Lake, Bogoria Lake, Nakuru Lake, Elementaita Lake, Naivasha Lake and Lake Magadi at the southernmost point. At the northern end, the Chalby Desert on the edge of Lake Turkana is the only true desert in Kenya. Surrounded by volcanoes and ancient lava flows, this is the hottest and driest part of the country. The river rises in the Aberdare Mountains west of Nyeri and finally flows into Formosa Bay in the Indian Ocean. 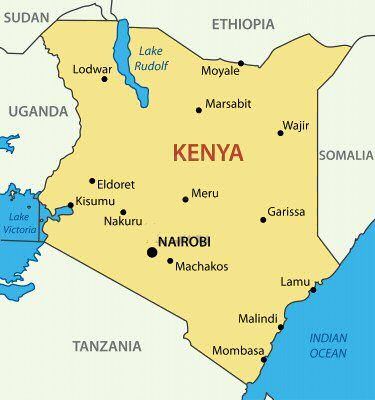 Kenya is the Republic of East Africa. It has different landscapes of plateaus and mountains and is home to many different races. Kenya gained independence from the United Kingdom in 1963 and has been the Republic since 1964. It is bordered to the north by South Sudan and Ethiopia, to the east by Somalia and the Indian Ocean, to the south by Tanzania and to the south by Tanzania.