Honduras is a Central American country. The capital of Honduras is Tegucigalpa. 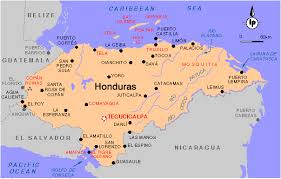 Honduras has three main areas, including the vast expanses of hills and plateaus that dominate. The lowlands of the Caribbean and the Pacific lowlands of the Bay of Fonseca. The country has many coral reefs and islands in the Caribbean, including Isla de la Bahia (Bay Islands), the small island of Cayos (Chogos) and the remote swan islands. Honduras is rich in water, the main rivers include Aqua, Cocoa, Patuca, Sico and Urua. Lake Ujoya is the only major lake, and the Karataska lagoon in the northeast is the largest of many coastal lagoons.

The Central American country of Honduras has a rich and diverse culture and is a fusion of its various ethnic cultures. Honduran cuisine combines Lenca cuisine, the country's local cuisine, and various foreign cuisines such as Spanish, African and Caribbean cuisine. Coconut milk and coconut are widely used in Honduras. Honduras has a long tradition of storytelling. Fairy tales, folklore, myths, etc. have spread throughout generations in the minds of Honduran indigenous peoples. Honduras also has a rich artistic and craft heritage. Football is considered a national sport.

Places to visit in Honduras

When you visit Honduras, there are many incredible things and the best things to do. Trujillo is the most beautiful colonial town in Honduras and a beautiful attraction. Cobbled streets, ancient fortresses and Caribbean-style cabins are among the best things you can do in Honduras if you want to know more about the country. Utila Island is one of the aforementioned gulf islands and is characterized by its beautiful white sand beaches, in particular by its impeccable snorkeling and diving conditions that make it one of the most popular diving licenses.