On Dominica map, it is a small island in the eastern Caribbean. Roseau is the capital of Dominica.

The Dominican mountains are mainly volcanoes, almost all of which are covered by rainforests. From north to south, from east to west, volcanic slopes and canyons dominate the landscape throughout the island. The highest peak is the Morne Diablatins (1,447 m). Nine of the 16 active volcanoes in the Caribbean are located on the island of Dominica. One of them is the Morne aux Diables, an isolated cone that forms a peninsula at the northernmost tip of the island. It has a height of 848 m.

The culture of Dominica is influenced mainly by the Caribbean, the French, the British and the Africans who were enslaved by the French. The result is a colorful and festive Creole society, reflected in the language, diet, art and music of the island. Most inhabitants are Roman Catholic. Almost every type of music on the island can be used, but the most important types of music are local folk songs, reggae and calypso. The costumes worn by Dominica illustrate the history and culture of the island. Colorful fabrics and clothes in batik or plaid print are the norm.

Places to visit in Dominica 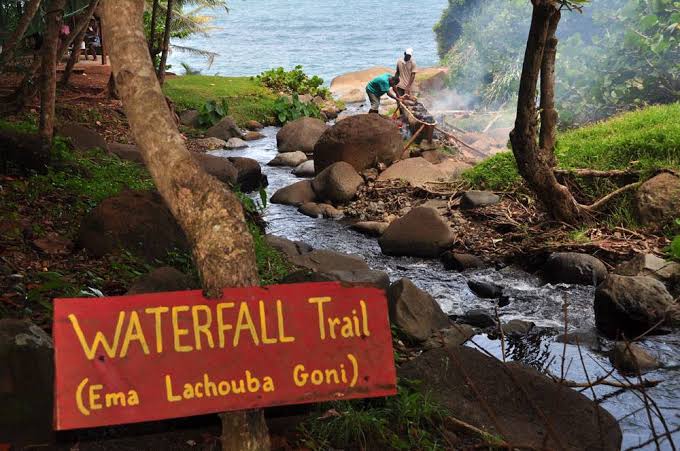 Pirates of the Caribbean were shot in Dominica. The famous place is the boiling lake, the barren valley, the stinking hole or the head of Scott. As a National Park of the wild peninsula, even though only 5 square kilometers large, you can enter the epitome of the entire island. Lost in nature in tropical forests, coral reefs and wetlands, whether you are hiking through nature or diving in nature.

The official language of Dominica is English and the most widely spoken language.